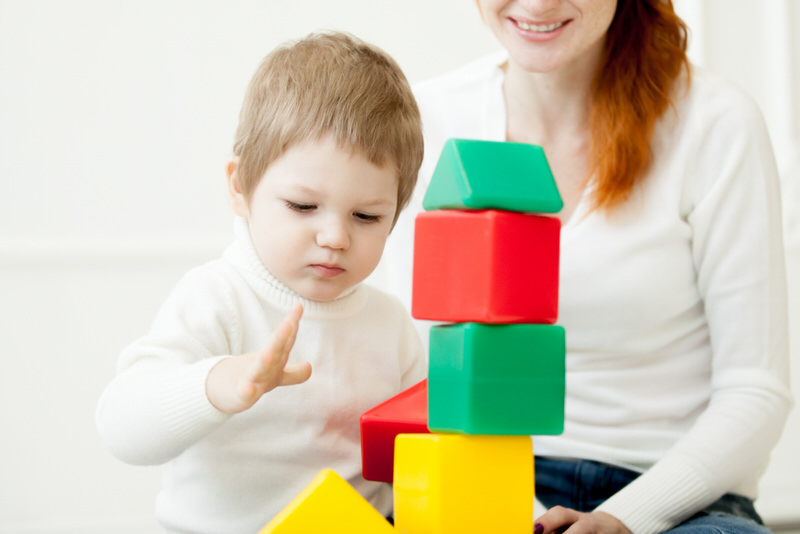 Studies proved that children master different language skills at different ages. Per Dr. Anna Kaplan, most children speak their first word between 10 to 14 months of age – cooing and babbling in the 1st year of life is evident among children. However, if your 14 months baby isn’t talking, there’s no need to worry – the majority of this case is children developing language skills later than others. This might be the case for your baby. For your inner peace, though, have your baby professionally checked – early detection is important.

Congratulations, it’s been more than a year – you and your baby are doing great. I know you are excited about your baby’s milestones, and at this point, you can’t stop feeling giddy but worried at the same time – you can’t simply stop yourself from comparing your baby with others of the same age. Like, why is your baby still not talking, unlike others?

According to the National Institute on Deafness and Other Communication Disorders, the first 3 years of your child’s life is the most active time for learning speech and language. So let me dissect it as follows.

I’m telling you, figuring out if your child is only taking a bit longer to talk or if there’s a problem is, in fact – difficult. But, as parents, you know your children best, and it’s your responsibility to realize just when your children need help.

Now, you’re more worried as time goes by and the fact that you’re here, you probably want answers – keep going then, this article might help.

As babies grow, they will mostly achieve important developmental milestones – the things that your child can do by a certain age.

Among these milestones is achieving speech-language skills. Note that these skills aren’t all about making sounds and words. Being able to hear and comprehend is also part of the package – it’s both receptive and expressive.

It’s difficult to tell when exactly children are learning the language skills, but here’s a simple guide per healthline.com for your reference.

Witnessing my little boy discovered sounds and played with words was truly 1 of the reasons why the pain and struggles of my pregnancy were all worth it.

Him, trying to communicate using gestures like waving and pointing and finally saying his first words is indeed heartwarming and fulfilling – 1 of the magical moments I had as a mother.

Potential cause of delay

So what may cause a speech-language delay? The causes are not always known, but studies reveal that this delay might be due to the following factors:

Stephen Camarata, a speech pathologist, emphasized that late talking is not caused by poor parenting, vaccinations, environmental toxins, or lack of nutrients.

He added that parents like you must understand that you didn’t cause your child’s late talking – there’s no need for you to be guilty at all.

Relatively, you and the other people surrounding your child are undoubtedly factors in developing your child’s speech-language skills. Focus on teaching your child to talk, and appropriate environmental stimulation is also important.

How you can encourage speech-language development at home:

Warnings in a baby’s speech-language development

The stereotypes of “don’t worry, he’ll outgrow it,” or the “wait and see” approach, or “every child develop uniquely” secondary to late-talking is not always correct.

I mean, yes, the speech-language development is unique. Still, experts noted that certain developmental milestones per specific age – while some children can catch up, others don’t – then it’s a cause of concern.

The webmd.com published that about 15%-25% of young children have communication disorder and children between 18-30 months who have a good understanding of language, developing motor skills, thinking skills, and social skills but have limited spoken words for their age are considered “late talkers.”

Studies proved that many late talkers could catch up (sometimes they are called “late bloomers”). For most, it’s simply a developmental stage that children are passing through without long-lasting adverse impacts – but it’s also evident that others don’t “grow out of it.”

Speech delay is not specific to autism – this also is present in children with a global developmental delay caused by intellectual disability and those with severe hearing loss.

Children with speech delay or hearing loss can usually communicate using nonverbal communication skills such as gestures, eye contact, and facial expression. They can also respond to praise, imitate, and engage in make-believe play, and can empathize – while these concerns continue for a child with autism.

How important is an appropriate intervention?

If you suspect your child is indeed “talking late” or is showing symptoms of speech-language delay, early intervention is necessary. Know that late talking is considered a symptom of language-related problems and may impact learning difficulties in school.

Speech-language pathologist – Debora Downey said that oral language is the foundation for all academic areas, including reading, writing, and math – she added, the more time passes before help is provided, the weaker the foundation for your child.

Speech therapy is typically used to address problems in understanding and producing language and speech sounds.

How to know if your child’s development is on track?

If you’re lucky enough to be with your child throughout the day, then you will probably notice the little changes and achievements they made from time to time.

Your child’s development milestones like taking the first step, smiling, giggling, pointing their fingers, and waving “bye-bye” are reached by how they discover the physical world in general – with you and their caregivers’ support.

Guided by the reference you learned about a child’s developmental milestones – what’s normal and not – you will be equipped to see the achievements as expected, the signs of delays, and just when you need to act early – again, early detection is important.

My baby reverted to “baby talk” – what to do?

Sometimes, a traumatic event or mental health issue or perceived crisis, or significant change like the birth of a sibling – can trigger a child to regress.

Dr. Carol Anne Murphy said children use all sorts of behaviors to give messages – it might be a means of getting attention or reflect a need for reassurance and nurturing.

If your child reverts to earlier patterns like speaking shorter or babbling instead of saying real words, it’s best to focus on responding to your child in a mature communication – convey that they are mature enough to talk properly.

Avoid setting up the scenario for it to be repeated, like giving too much attention to it by punishing or reprimanding your child. Instead, if your child regresses because of their new sibling, reassure them by giving lots of hugs, kisses, and love.

If your little boy is lagging in his speech-language development, don’t panic – it’s normal. Accordingly, boys say their first words and sentences a few months later than girls.

Researchers said that girls tend to be on the earlier end while boys on the later end – secondary to acquiring speech-language milestones.

Data also showed that the incidence of speech-language impairment is higher among boys than girls – a ratio from 2:1 to 3:1 for that matter. In addition, while not all twins have speech-language delays, twins are at greater risk – particularly male twins.

In addition, the incidence of autism in boys is 4 times more common than in girls.

Hearing your child say his first few words is exciting, and knowing your child is doing okay is bliss. But for some, it’s discouraging when you realize your child doesn’t reach his developmental milestone as expected.

But even if your child experiences some speech-language delays, this doesn’t always mean a serious problem. What is vital to know is every child grows and develops at an individual pace – but be mindful that while child development is very individual, there are significant milestones that should be reached by a specific age.

Find out if your child is a late talker or has a language delay. As parents, it’s important to recognize when your child needs help and provide developmental intervention to aid the problems.

Early detection is always a better choice than feeling sorry secondary to parents being in “denial” trying to rationalize “my child is just taking a bit longer to talk.”

I hope you find this article helpful. Remember to take it easy. 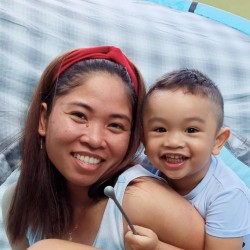