Yes, hot chocolate is usually considered safe to drink during pregnancy, provided you consume it in moderation. A pregnant woman is recommended to consume no more than 200mg of caffeine per day. Also, consider the amount of sugar added to the hot chocolate. Too much sugar during pregnancy can lead to other complications, including pre-term labor. Consult your doctor, especially if you have gestational diabetes, before consuming hot chocolate frequently.

Pregnancy is truly a miracle and a joyful time for so many women, but it also comes with its stressors and anxiety.

Dealing with fatigue, nausea, morning sickness, and extreme mood swings isn’t anyone’s cup of tea, but we’re still striving and dealing with it.

So, at times like these, especially when the food doesn’t stay in, and you vomit almost everything you eat, the only craving you have- the steaming cuppa hot chocolate shouldn’t be an add-on to your worry list.

While some of you are worried about eating and drinking everything now that you’re pregnant, know that it’s alright to ask your doctor as many times as you want or google your doubts (but don’t solely rely on the internet) to get your doubts clear, because after all, you want to do what’s best for your baby. Aren’t we all striving for that?

Some of us, during our pregnancy, crave spicy food like Indian curry, or sour foods, while many of the pregnant women satiate their cravings by indulging in sugary food like ice creams, hot chocolate, gelato, chocolates, and so on.

Pregnancy isn’t rocket science or isn’t something that comes with its own particular diet and exercise. You don’t have to follow a diet plan and eat strictly what’s mentioned there. Splurging sometimes on junk food, or ice cream, or even hot chocolate is fine as long as it’s once in a while and not a habit that’s newly cultivated.

Pregnancy shouldn’t be an excuse for you to not care about excess weight gain or eat anything and everything any time you want.

Also, it doesn’t mean that you have to sacrifice those “guilty pleasures” once and for all. Instead, your diet should be a balanced one-eat your greens every day and every once in a while, eat what you crave the most.

Eating ice cream or drinking hot chocolate and then punishing yourself by stressing way too much about it and then not eating anything to make up for the calories is completely wrong.

Remember that your little one draws nutrients from your blood, so even if you went off track or indulged in junk food for a whole day, it doesn’t mean you should starve yourself the next day.

So, don’t avoid everything because it’s labeled unhealthy during your pregnancy. Have little of everything but focus on the intake of more leafy vegetables, lean meat, poultry, eggs, beans, legumes, nuts, and fruits in your diet.

So, is hot chocolate safe to drink while pregnant?

Hot chocolate is not off-limits when you’re pregnant, and if you’ve read somewhere that you need to steer clear of it. Why? You ask – because of the following reasons present in your cup of hot chocolate…

Caffeine, a stimulant, is known to give a boost of energy and improves focus. Although it’s considered safe for the general population, doctors recommend a pregnant woman stay away from caffeine.

As a matter of fact, it takes 1.5-3 times longer to eliminate caffeine from a pregnant woman’s body.

Also, caffeine is known to cross the placenta and enter the baby’s bloodstream, putting the baby’s health at risk.

So, how much caffeine is considered safe during pregnancy?

The American College of Obstetricians Gynecologists (ACOG) suggests that it’s safe for a pregnant woman to consume caffeine, but the limit should be less than 200mg of caffeine in a day. Anything more than that amount can put the pregnant at double the risk of miscarriage.

Whether you’re pregnant or not, high sugar diets are always considered bad for the human body. It can lead to diabetes, obesity, heart troubles, and even high blood pressure.

During pregnancy, research has shown that consuming high sugar foods or diets regularly can lead to negative health outcomes for both you and your baby like gestational diabetes, preeclampsia, preterm labor, increased gestational weight, and getting diabetes postpartum.

For these reasons, pregnant women are advised to consume sugar in a limited amount to avoid potential negative effects. You can either opt for foods that have “no sugar” added or opt for chocolates that have less sugar, like dark chocolate instead of white chocolate.

How much caffeine is present in hot chocolate?

Caffeine is present in coffee, teas, and almost all soft, aerated drink, but to know the exact amount of caffeine present in your hot chocolate, depends on how your drink was made.

So, I think it’s safe for you to consume hot chocolate while being pregnant because it would take multiple cups of hot chocolate to reach anywhere near 200mg of caffeine, but be mindful of the sugar consumption along with it.

Is it safe to drink hot lemon water during pregnancy?

Hot lemon water is generally considered safe during pregnancy, and it can also help in relieving nausea and vomiting. You can consume lemon by drinking lemon tea or fresh lemon juice.

Can I have 1 beer while being pregnant?

I’d advise you to avoid drinking alcohol in any form during your pregnancy as it can be very harmful to you and your unborn baby.

Can I take hot water baths when pregnant?

While in the bathtub, you shouldn’t soak your body in very hot water. Opt for warm water, which has a temperature between 98.6 °F to 100 °F.

Hot chocolate isn’t just great for your cravings, but it has benefits like being a rich source of calcium which is very necessary for all soon-to-be moms. The calcium will help in strengthening your baby’s bones and yours too.

Another known fact is that chocolate is considered to help release mood elevator hormones which can make a pregnant woman feel better.

So, there’s no worrying about having that one cup of hot chocolate once in a while but always opt for making the hot chocolate at home.

This way, you have control over the calorie and sugar intake, and the amount of caffeine is less in homemade hot chocolate when compared to ones available in cafes which are higher in sugar and caffeine. 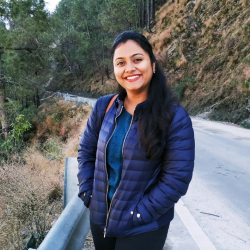