Teething is one of the many things your baby will have to go through in his early years, it has it’s pros like they can now start to eat solid foods and chew on bigger pieces but it also comes with it’s difficulties. Babies have different experiences in teething, some might be easier than others but most babies will have minor symptoms like drooling, chewing on whatever they could grab, irritability due to gums being sore, but other babies are reported to have more serious symptoms like high fever, diarrhea, and vomiting.

Although none of these more serious symptoms has been proven to be linked directly to teething, and/or how, number of parents have reported that their babies experience these symptoms only when they started to grow teeth. Vomiting, can be alarming specifically if your baby can only express how they feel using facial expressions and not yet fully with words. It is always best to consult your doctor or your babies pediatrician to make sure that it is not related to other viral disease.

When does teething start?

According to the American Dental Association, babies start teething when they are between 4 and 7 months old. The bottom teeth known as pegs, typically come in first, followed by the top center teeth. The rest of the teeth cut through the gums over a period of 2 years. By the time a child is 3 years old, they should have their primary set of 20 teeth.

Below is a general guide to when you can expect your baby’s tooth to pop out.

Is vomiting caused by teething?

If your baby is experiencing vomiting, or looks ill, don’t assume right away that it’s from teething and just wait for it to “wear off”. It is always best to consult your doctor to get professional advise.

A paper published in “Pediatrics in Review” emphasizes that an infant will be teething at the same point in their life where they begin to get exposed to many childhood illnesses. Also, the passive immunity that the mother passed on to the babies in the womb decreased at this time. As a result, it is likely that vomiting during this time is due to a bacterial or viral infection.

Teething pains are something we parents can’t avoid, as much as we want our babies to always feel comfortable, they won’t. We can however help them ease these pains by giving them some recommended remedies by doctors or their pediatrician. The list below are general remedies that worked for most babies while teething, remember to always base your actions from your baby’s response. All babies are different and one remedy might work for some babies but not for others.

We at 1happykiddo knows that the teething stage of a child is one of the most tricky part out of all the growing up that are happening to your baby, we can only help them by being extra observant and sensitive to their needs. All we want is for our babies to feel calm and comfortable, but that’s not possible all the time.

Teething is normal but vomiting is not, making assumptions will not guarantee that it will stop, nor will it make you stop thinking about how your baby is actually feeling. Go and call your baby’s pediatrician to get the advice you can actually depend on! 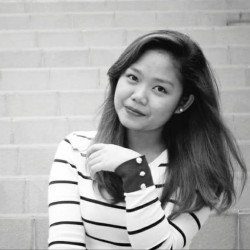