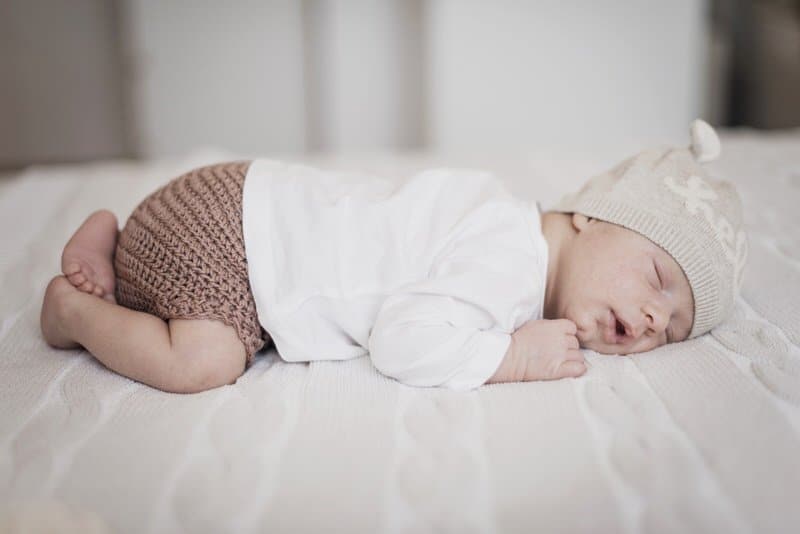 Back in the day, it’s a common practice for parents to allow babies to sleep on their stomachs. Why? Because it helps babies sleep better, and mom could also get her much needed shut-eye or get back to her chores. Many of us may have slept on our stomachs then, yet here we are today still bustling with life. So you’re probably thinking, what could go bad, right?

In the NICU, under the watchful supervision of the healthcare providers, babies are put to sleep on their stomachs. It’s the most comfortable position for them, just how they are inside their mommy’s tummy. But most importantly, it’s to help preemies deal with their breathing problems. Once you get home, some tummy time when your baby is awake is most recommended to exercise their growing muscles. Yet the American Academy of Pediatrics strictly warns against letting newborn babies until their first year of age sleep on their stomach. This is to protect your baby from the lurking danger of SIDS. So until your baby can roll on his side by himself, sleeping on his stomach is not advisable.

Can Newborn Sleep on Their Stomachs?

The quick answer is no. No, they can’t until they gain control over their sleep position.

But before going any further, let’s briefly define what a newborn is. Babies from birth to two months of age are generally considered newborn. Infants are those whose age range is from two to twelve months.

Personally, I love holding my newborn nephews and nieces to sleep – on their stomachs, in my chest. It’s the secret I know would get them to sleep longer than on a bassinet or their crib. But I did that only because I am sure I am awake the entire time, and that I know what I am doing.

A newborn infant’s sleep position is fairly easy for parents to control. Put him on his back, and he likely stays that way. Put him on his belly and he tends to stay that way also. If he is in a comfortable position, he might get a much longer sleep at your advantage. But you can’t say it’s the same advantage for him as this only spells danger for your delicate little one.

Infants have no control over their bodies. It can put them at a high risk of suffocation if their airways become blocked. So until he can protect and comfortably settle himself down, place him in the safest position on his back. If your baby is not letting you a wink of sleep at night, I will give you some tips to deal with it down below.

At What Age Can Baby Sleep on His Belly?

I was rehearsed and heard plenty about SIDS in my line of work. You never knew how thankful I was that I have never dealt with such a dreadful event to date. You will never meet people as vigilant as those people taking care of your delicate bundles in the nursery. When it comes to child safety, we do not want to compromise. We always hope (and we knew it is) that parents at home also do the same or triple the effort in many ways.

The rule in tummy sleeping is: do not do it until the baby can roll on his side naturally. This can happen at around the time the baby is a year older. However, the risk of SIDS may still be there until around this time of his life. So don’t put your guard down just yet.

As a reminder, remember this bulleted guideline in tummy sleeping:

Can My Newborn Sleep on His Side Instead?

The answer is still no. When your baby is sleeping on his side, it’s very easy for him to flip on his tummy. Your newborn cannot still fully support himself, so you need to help him back to his safe position. According to Healthline, babies should be consistently rolling to their side to be allowed to sleep on their stomach or side.

While we all long for a sound asleep baby, thus we keep them in a comfortable position, this is not really advisable. You should be thankful for a light sleeper infant who is very easy to rouse. That’s his safety alarm right there, activating.

Another thing, if your child is used to sleeping on his back, don’t put him to sleep on his stomach suddenly. This increases his risk of SIDS so don’t take that risk. Always remind your caregivers and other family members how to put your infant safely to sleep.

Moreover, if you are worried about your baby getting a flat head, you can read about it here. Meanwhile, a baby choking on his sleep while on his back is just a myth. They cannot aspirate their own vomit as human reflexes are meant to clear obstructions to keep our airways clear. So he will either cough it up, spit, or swallow it instead.

Helpful Tips to Get Your Newborn to Sleep

I know that all parents have been sleep-deprived. There’s nothing more satisfying than getting your baby in a deep sleep so you can have some of yours too. But with newborn babies, this is a big challenge. Although they might sleep for about seventeen hours, that’s mostly just about one to two hours at a time.

Whoever coined the idiom “sleep like a baby” probably never knew how easily these creatures stir up with noises. In a baby nursery, you will understand how a trigger can start on a little cacophony.

But like I said, a light sleeper infant is better and less worrisome to watch over. But what happens if your baby is difficult to put to sleep? Here are some tips:

Swaddling is a long known baby care technique to get babies to feel comfier. Newborns have this startle reflex that makes them extra jumpy. Aside from the comfort that it brings him, swaddling also helps prevent him from accidentally flipping to his side.

But once your infant starts to move a lot, you need to stop bundling him in his swaddle blanket. It will only add to the risk of suffocation. You should learn how to swaddle correctly and when to stop swaddling for safety.

Get the Room to a Right Temperature

The correct room temperature will not only put your baby to sleep easily, but is also one of the important ways to reduce SIDS risk by preventing babies from overheating. Your newborn infant will feel comfortable at temperatures between 68 to 72°F (20 to 22.2°F).

An electric fan or air conditioner is helpful when the weather gets too hot. During cold seasons, you can dress your baby in an extra layer than what you are wearing. It is still important to note to prevent over bundling and overheating your baby.

Babies are used to the gurgling and beating sounds inside their mommy’s tummy. So, some of them may prefer soft music or white noise to sleep better. A humming sound like that of a fan may lull him to sleep. It can also help much to mask any loud noises that can trigger his startle reflex.

On the other hand, there might be some who like silence during their naptime or bedtime. So, you’ll be the better judge.

While it’s tempting to sway and rock baby to sleep, this can get problematic for you in the end. I have one of my cousins who would never sleep without swaying – like literally on the arm. It started when he was just a tiny six-pound baby. But imagine just how much stress that puts on his mom’s arm as he packs on more weight growing up!

Ideally, massaging your baby can do so much in putting him to sleep better than rocking. It will not only help you bond some more but will also induce sleep as it releases some sleep-enhancing hormones. It takes some commitment to do this, but it does work better than tummy sleeping.

Some parents can get anxious about babies choking while sleeping on their back. Others are hopeful of the advantage that tummy sleeping can bring. Regardless of your reasons, your newborn baby should never be allowed to sleep on his stomach.

If you think your baby is not getting enough sleep, level this out with your pediatrician. Only he can recommend it if you need to put your baby to nap on his tummy. But if your doctor does suggest, always follow his safety guideline and keep a watchful eye on your little one.

Was there ever an instance when the doctor allows your baby to sleep on his tummy? For what reasons? Feel free to share your experience with us so that other parents will know. 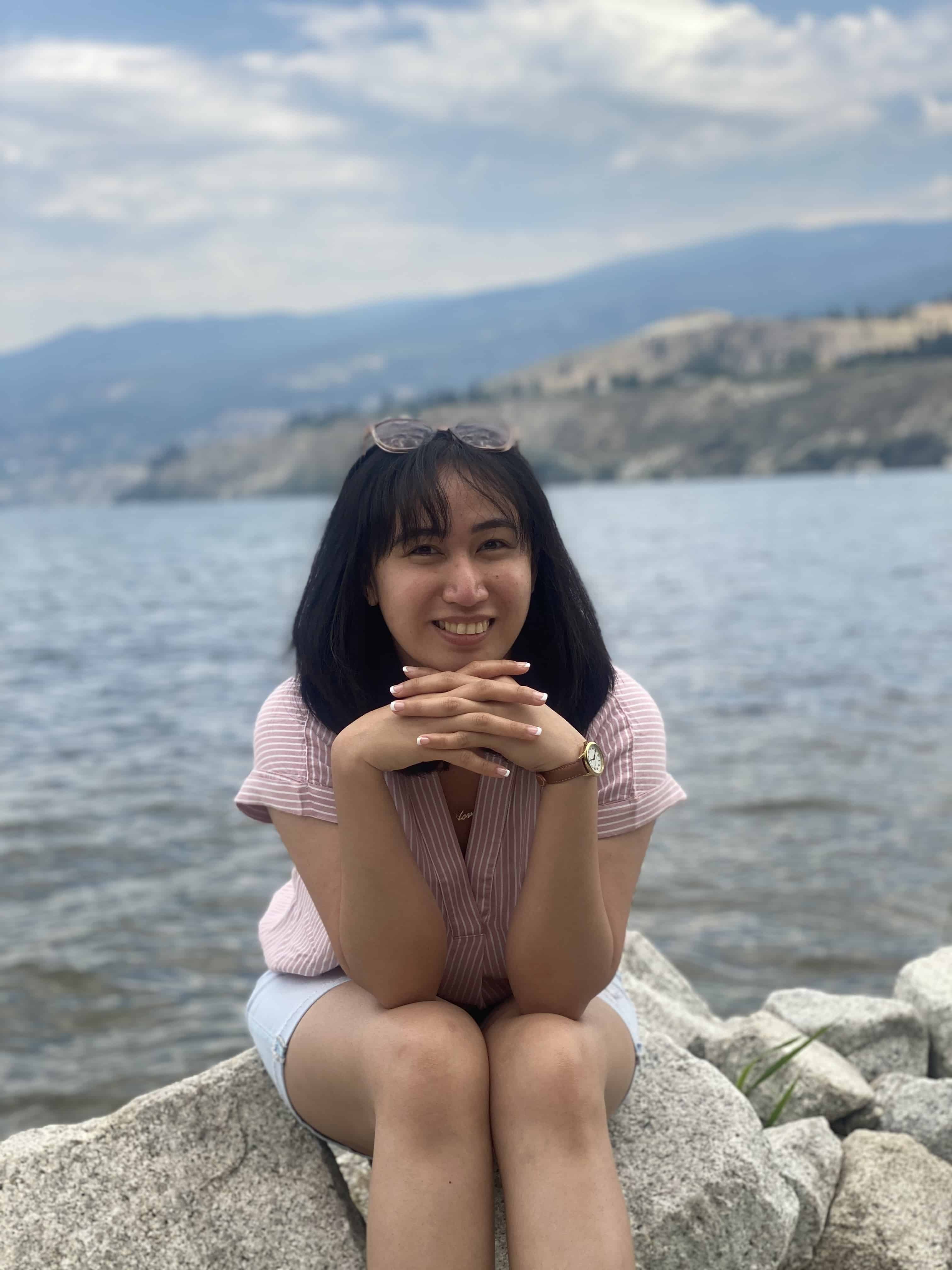 Ann Marie is a licensed nurse in the Philippines. She had experiences in handling and assisting deliveries of newborns into the world. She also used to train in labor rooms and pediatric wards – helping soon-to-be mothers and little kids in the process. Though not a mother by nature but a mother by heart, Ann Marie loves to take care of her younger cousins as well as nephews and nieces during her free time.

Everything you need to know about: