Wheezing can be a scary experience to hear, a high-pitched noise when your baby is trying to breathe. The sound is so unnatural that many parents assume that something sinister is developing in your little one’s body.

The good news is that wheezing is quite a common phenomenon in babies and children. Almost half of the children by the age of 6 will have one such wheezing episode, which puts their parents into panic mode.

Wheezing could happen at any time of the day. If a high-pitched noise suddenly accompanies your baby’s breathing after feeding, it might indicate a temporary disturbance in their digestive system or a foreign object, like dried milk, is partially blocking their airway. Take note that most of these wheezing episodes are temporary problems and unlikely to recur frequently. If the opposite is the case, then your baby’s wheezing is a cause for concern.

Is wheezing normal for newborns?

Like their core organs and brain, newborn’s lungs are still developing and small compared with adults. Their airway is also narrower, which increases the likelihood that a small foreign object or mucus blocks the airway. There are fewer collateral airways in a newborn’s lungs, which means fewer alternative airways for air to pass through once the normal airway is blocked. Simply put, your little one’s lung is not sophisticated enough to handle breathing emergence.

Much like a toddler cry after taking a few tumbles while learning to walk, the strange sound your children’s lungs are making is their way of saying:” I am struggling to handle this situation, but it’s ok, I am learning while growing.”

The majority of the wheezing episodes are normal. Provided they are not recurrent, and without any other conditions, wheezing should not be a cause for concern.

If your newborns produce wheezing sounds after feeding, it might mean your children are experiencing reflux. Most of us will experience reflux in our lifetime. As long as it is not a persistent condition, it is very normal.

It’s easy to understand its mechanism. A small muscle called a sphincter exists between the esophagus and stomach. Normally, it will relax to let food and fluid in and tighten to hold it in the stomach. The sphincter in a newborn is not mature yet; it can let food in but have trouble containing food, which makes it possible for some food to escape back into the esophagus. Reflux tends to happen right after feeding, but crying, cough, and strain could also trigger it.

Reflux could produce many different symptoms, and wheezing is one of them. If wheezing after feeding is linked with reflux, there are two suggested causes.

One cause is that small fragments of food that escaped from the stomach somehow make their way into the lung, blocking the airway.

The other cause is connected with airway spasm triggered by a disturbed esophagus.

How do you treat reflux?

If your children are gaining weight and look healthy, as long as the reflux episode is intermittent, you can expect this condition to resolve on its own as your children grow older.

You can try the following methods to help minimize reflux.

However, if your babies are very uncomfortable when reflux occurs, or the reflux is persistent, it is recommended to call the doctor right away. Frequent reflux is called Gastroesophageal reflux disease, known as GERD.

Other cause of wheezing

If your baby tries a new food, some ingredients might cause an allergic reaction. It’s the immune system’s job to fight any substance that it deems harmful to your body. But some elements in the food which are not harmful will be arbitrarily classified as dangerous by the immune system.

Once decided, the immune system will respond by triggering inflammation, which will narrow the babies’ airway. Air forced through a narrow passage will produce a high-pitched sound.

If the newborn’s parents or other family members have asthma, it is more likely the wheezing sound is caused by asthma. Asthma is usually triggered when babies are exposed to a polluted environment.

But if your children struggle to breathe or have a high fever, call the doctors as soon as possible.

How to treat a newborn with a wheezing sound

Wheezing sounds in newborn babies could have different causes. It is advised to try to contact the doctor to find the cause of wheezing. Doctors might suggest the following measures if he thinks the cause is not serious.

As the name suggests, a humidifier will produce moisture to help your children’s airway loosen, reducing the wheezing.

If the root cause of wheezing is a respiratory infection, keeping your babies hydrated will help them to combat the virus while helping clear the nasal passage.

If your children have asthma, your doctors will prescribe albuterol. The nebulizer will turn medicine into a mist to be inhaled by your children.

Wheezing that occurs after feeding is most likely caused by reflux. Most of the time, it’s not a cause for worry. It happens only because your newborn’s lungs are not mature enough.

Other causes include asthma, allergy, and respiratory infections. It’s essential to see a doctor if the wheezing episode is frequent and combined with other conditions such as high fever. 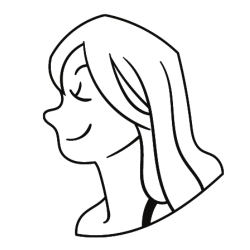